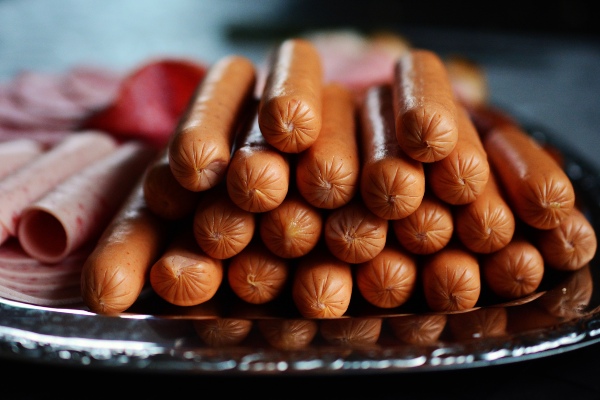 In response to increasing concerns of food safety and security from consumers, demands for combined inspection in the food production process—including shape, content quantity, and packaging condition—are increasing, in addition to conventional foreign matter inspection. This article examines the latest trend of food inspection using x-ray technology. By Ishida.

In the food manufacturing industry, the demand for equipment to prevent metallic contamination has increased since the 1990s due to ageing of production equipment. The first equipment introduced to detect this type of foreign object was a metal detector. The metal detector is a device that detects the metallic object by means of sensing the disturbance of the magnetic field when the metal passes through the coil. Due to its specific nature, non-metallic foreign objects cannot be detected this way. In the 2000s, consumer demand for food quality increased, and demand for x-ray inspection equipment capable of detecting not only conventional metallic foreign objects but also non-metallic objects such as stone, glass, and plastic, also increased drastically.

Inside the x-ray inspection equipment, the sensor measures the amount of x-ray that has penetrated through the object This differs between each substance and converts into the gradation within the single image. This allows the device to detect the foreign object in the product by making full use of image processing.

Therefore, unlike the metal detector, the x-ray inspection equipment can be used to detect non-metallic foreign objects as well as metal. Furthermore, the characteristic of the x-ray allows the equipment to inspect the inside of the package which cannot be seen by other means such as visible light or near infrared rays. 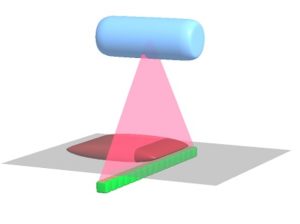 The Evolution Of X-Ray Inspection Systems

In principle, x-ray inspection equipment have different penetration level for various substances in the gradation of the image. This presents a problem in which the detection sensitivity decreases for objects with low density characteristics such as glass, stone or bone. Further, since the amount of x-ray penetration is influenced by the thickness of the material, irregularities in surface conditions or product overlap appear as noise in the image. In order to solve this problem, Ishida has incorporated Genetic Algorithms (GA) in its x-ray inspection equipment, IX-series. This Genetic Algorithm is to detect foreign objects by applying genetic and evolution mechanism in the biological world to the algorithm of image processing. The computer automatically generates the program with optimum image processing to separate the foreign object from the product. The biggest feature of GA is that it can generate the optimum image processing algorithm for both the product to be inspected and the foreign object to be detected.

The IX-G2 series is equipped with a dual-energy sensor, which is capable of capturing two types of x-ray images, high-energy and low-energy. And by comparing two images of differing properties, it can accurately extract the image of thin metal fragments, glass fragments, hard bones, and rubber in the product even with irregular surfaces such as cereal or noodle. This technology has boosted the range of applications for which the x-ray foreign body inspection may be utilised with high reliability. The application range of x-ray inspection continues to expand with the evolution of image processing, taking advantage of the ability to generate images of different gradations for each substance and the ability to inspect the interior of the packaging which cannot be inspected by other rays. Much information can be acquired from the x-ray images such as quantity, position, footprint area and circumference length of the goods in the packages. By utilising this information, inspection of the product—other than just the foreign object—is made possible. Such inspections include missing quantity, missing items, damaged items, irregular shapes and mass estimation.

As with other industries, quality is the most important criteria for food manufacturers to protect their brand. And because the use-by or expiration dates are indicated on the product, the manufacturers are also sensitive to any defects that may reduce shelf-life.

An incompletely sealed package is a typical example of a critical defects that could lead to shortened product life. When part of the product—including the film of individually wrapped content—is captured in the seal of the package, it does not only significantly damage the initial product quality but also causes incomplete sealing.

On the other hand, for the purpose of protecting the food content, aluminium packaging material—which has a gas and light barrier property—is widely used for food packaging. This, combined with the growing concern to ensure the ‘completeness’ of the seal, means that the product-in-seal inspection using x-ray technology has recently attracted much attention in the market.

To meet this demand, Ishida developed “IX-GN-24M1” for highly sensitive product-in-seal inspection combined with the traditional foreign object detection. In addition to the latest image processing technology, which utilises genetic algorithm (GA), this machine is equipped with a new sensor which can detect low energy x-rays and generate clearer images. This enables the detection of thin sheets and films captured in the seal of the package. Compared to the conventional machines, the contrast is high, and even thin packaging materials appear clearly in images.

The technology incorporated in x-ray inspection equipment is rapidly evolving in response to increasing demands in quality inspection from the market. And it is anticipated that the utilisation range will continue to expand in the future.

Many inspection equipment manufacturers will accelerate the development of multifunctional machines capable of inspecting combined criteria to ensure overall product quality. As long as demands from food production sites increase, we at Ishida believe that the growth of inspection equipment will continue with the introduction of evolutionary technologies on the horizon.