Why was there a need to embark on research for a meatless patty?

More than half of the land on Earth and more than one-quarter of Earth’s freshwater is used to raise livestock and their food, making animal farming a leading cause of species extinction and global warming. We are on the brink of environmental catastrophe. The greenhouse gas footprint of animal agriculture rivals that of every car, truck, bus, ship, airplane, and rocketship combined. Animal agriculture pollutes and consumes more water than any other industry (FAO, 2006).

If we were to lower the amount of animal meat consumed globally, greenhouse gas emissions would decrease, it would slow down deforestation and biodiversity loss, and free up grazing land and increase the amount of carbon stored through vegetation. It would also reduce pressure on other climate mitigation efforts that require major infrastructure changes. such as renewable energy. Our mission is to transform the global food system, and replace animals as a food production technology by 2035.

Regardless of these known detrimental impacts, beef consumption is expected to rise by more than 80 percent in the coming decades. We started with the Impossible Burger because beef production has, by far, the biggest environmental impact of all animal products. To solve this problem, which was previously thought to be impossible, Dr. Brown brought together a team of scientists to research how to create meat, dairy, and fish products that are good for both people and the planet. The approach for many other brands is to create better veggie alternatives to meat, and they mostly target vegans and vegetarians. We take a molecular approach to understanding the full experience of eating meat, and are targeting primarily meat-lovers. We knew that we weren’t going to change consumers’ buying behaviour without providing a product that unequivocally delivers on taste, texture, and the entire experience of cooking and eating meat. How did Impossible Foods achieve the perfect consistency, mouthfeel and texture?

Impossible Foods spent the first few years of its existence building a proprietary technology platform to understand what makes meat (and other animal products) behave and cook like they do, at the molecular level—and how to identify those same components in plants. We figured out the exact mechanisms by which meat flavour is generated from simple nutrients during cooking, and discovered how to use these to recreate meat flavour just as it happens in meat from animals. “Heme” is the key ingredient that gives the Impossible Burger its unique meaty flavour. Heme is found naturally in all living organisms, including humans, cows, plants and yeast. It’s found at especially high levels in animal muscle tissue in the form of myoglobin.  Our major breakthrough came in the ability to develop a scalable way to make heme, in the form of haemoglobin, without animals, via a proprietary fermentation process using yeast cells.

In addition to understanding how to create delicious meat flavour upon cooking, we know that texture is equally as important in order to create the entire meat-eating experience that consumers crave. Just as we broke down the individual building blocks of meat to research how the flavour was generated, we also learned about the way each building block contributed to the texture. We use various instruments to measure the springiness, density, juiciness and chew of meat so we can recreate those attributes using plant-based ingredients. While instrumentation is very helpful, at the end of the day, sensory science and consumer testing give us the best idea of how we compare to animal-based meat.

After deciding on the Impossible Burger as the company’s first product, the team then worked through over 100 prototypes, testing each prototype’s sensory performance with both internal and external sensory panels. After we launched our original recipe in 2016, we didn’t stop working to improve our product. We began developing the Impossible Burger 2.0 at the end of 2017 and launched the new recipe at the Consumer Electronics Show (CES) in Las Vegas in January 2019. This marked the very first time that the world’s most important technology show featured a food in its roster of game-changing innovations, and the Impossible Burger 2.0 took home the show’s highest honours, including “Most Unexpected Product” and “Most Impactful Product,” as well as the show’s ultimate honour: “Best of the Best.”  The Impossible Burger 2.0 is tastier, more nutritious, more versatile and all-around-better than the original recipe.

With its meaty, charred flavour, and a chewier ‘bite,’ anything ground beef can do, Impossible can do too. And it also satisfies the craveable taste that both the flesh and blood of animal meat produces. In fact, according to a recent conjoint study, around 90 percent of consumers that have purchased the Impossible Burger are frequent meat eaters and after they’ve tried it once, the majority of those consumers would prefer and select an Impossible Burger over a ground beef burger across a range of price points. Which ingredients are key to achieving the formula?

Aside from our magic ingredient heme, we use other ingredients such as:

What did the very first patty taste like (i.e. the evolution of Impossible meat)?

The key differences between the new and original recipe are that we swapped textured wheat protein with textured soy protein, which is higher in “protein quality” (a more complete selection of essential amino acids), beefier in texture, more neutral in flavour, and with just a bit of dietary fibre. We added methylcellulose, a plant-based culinary binder commonly found in ice cream, sauces, and jams. Methylcellulose makes the new recipe juicer, and easier to handle—whether raw or cooked. We also added sunflower oil, which reduces the amount of total and saturated fat in the Impossible Burger. 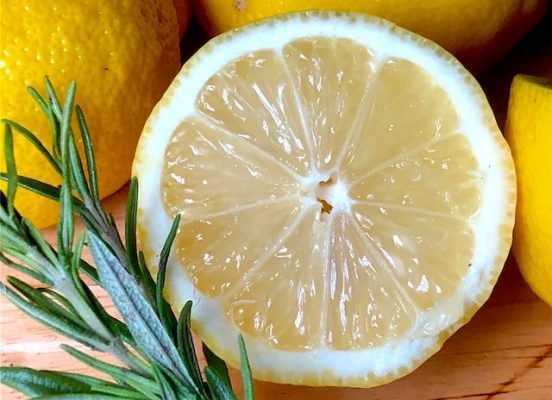