Cardiovascular disease is now the biggest cause of mortality worldwide, a consequence of population aging and unhealthy lifestyles. There is, therefore, an urgent need for new preventive health strategies, and growing demand for dietary supplements with proven benefits for heart health.

The unique chemical properties of astaxanthin, a powerful natural antioxidant, make it an ideal ingredient for heart health supplements. There is a growing body of scientific evidence—including human trials on groups at high risk of CVD—which demonstrates that it can reduce oxidative stress and inflammation, as well as lower levels of LDL cholesterol and improve blood flow.

As the prevalence of lifestyle-related health conditions increases, the scientifically supported benefits of supplementation with astaxanthin will make it an increasingly valuable strategy for the maintenance of heart health.

Oxidative Stress—A Major Cause Of CVD

Every moment of every day, the body’s cells produce millions of unstable molecules called Reactive Oxygen Species (ROS). ROS are formed as a by-product of normal metabolism when food is converted into energy and are essential for many biological processes. However, the overproduction of ROS can have a harmful effect on important cells and tissue in the body. The damage they cause is called oxidative stress and it is a key contributor to CVD. In particular, oxidative stress has emerged as a common mechanism in the hardening and narrowing of arteries caused by the build-up of plaque.

The body produces its own antioxidants to keep ROS under control but this natural defence system grows weaker as we age. Non-enzymatic antioxidants, such as astaxanthin and other carotenoids, can function in tandem with the body’s enzymatic antioxidant defences to “scavenge” ROS and restore a healthy balance, thus combating oxidative stress.

Astaxanthin is a carotenoid that occurs naturally in aquatic animals such as lobsters and salmon (contributing to their pinkish-red colour) and in many fruits and vegetables. Although it can be produced synthetically from petrochemicals, the natural version is far superior in terms of efficacy and safety.

Although astaxanthin occurs naturally in seafood, most people do not get enough of it in their diet. For instance, people in the US consume on average only two to three pounds of salmon per year, with an estimated astaxanthin intake of 0.029 mg per day. This is around 200 times less astaxanthin than the documented dose for health benefits, which ranges from 2mg to 12mg. The microalgae Haematococcus pluvialis synthesises the highest amount of natural astaxanthin in nature, making it an optimal choice for dietary supplements for heart health. 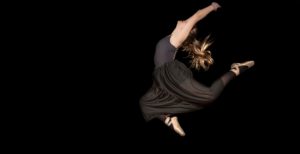 The first major study of astaxanthin’s antioxidant properties took place in 1991. Researchers observed lower levels of an oxidation marker in rats fed on a Vitamin-E deficient diet supplemented with astaxanthin than those on the same diet without astaxanthin. Since then, the body of scientific evidence has grown substantially. A recent review of studies of oral administration of astaxanthin concluded that the evidence for astaxanthin as an excellent antioxidant is “clear cut”.

Supplementation with astaxanthin may also support a healthy oxidative balance in groups at elevated risk of CVD. For example, heart conditions are more common in postmenopausal than premenopausal women of the same age, and a 2004 study concluded that it would be helpful for women in this group to supplement with astaxanthin. Research has also demonstrated benefits against obesity-induced oxidative stress in overweight adults and in women with an increased oxidative stress burden.

Astaxanthin For A Healthier Lipid Profile

Elevated levels of LDL (“bad”) cholesterol, and low levels of HDL (“good”) cholesterol, increase the risk of CVD. For example, the oxidation of LDL in the blood has a significant role in the build-up of plaque in the arteries, which can restrict blood flow.

Astaxanthin can help support a healthy lipid profile. The first major human study on its effect on dyslipidemia (an excess of LDL and other lipids in the blood) was published in 2010. It found that astaxanthin consumption decreased triglyceride—a lipid that increases risk of CVD—and significantly increased levels of HDL-cholesterol.

There is a growing body of scientific evidence for the benefits of astaxanthin for heart health.

While much of the early research took place in vitro or on animals, many recent trials have been conducted on human subjects, consistently indicating positive results for the reduction of oxidative damage and inflammation, as well as benefits such as improved blood flow. Significantly, many of these studies have focused on groups at higher risk of CVD, such as seniors and people with obesity.

There is now a solid scientific foundation supporting the case for astaxanthin as an effective ingredient for heart health supplements. Furthermore, it is safe, natural and can be sustainably produced, adding to its consumer appeal.

As we live longer, new strategies to prevent and treat lifestyle-related diseases will become increasingly important. Astaxanthin’s scientifically proven benefits mean it has enormous potential in the maintenance of cardiovascular health worldwide. Stevia—A Natural Way To Reduce Sugar In Bakery And Confectionery