Chocolate is popular among consumers of all ages. What are the current trends of the chocolate market and what should manufacturers know? By Peter DeHasque, Group Chief Executive Officer, Taura Natural Ingredients

Chocolate is one of the most exciting in the global food industry. It is hard to think of a foodstuff that inspires such intense passion or is associated with sensual pleasure in quite the same way.

Here we offer some insights into what is happening now in chocolate, both globally and in key Asia-Pacific markets.

Positive health news about cocoa has helped to validate chocolate. Just as research about resveratrol has changed attitudes to red wine, people who eat chocolate are feeling better about it.

For years, nuts were the ‘go-to’ ingredient in healthy chocolate products, but they are a source of fat and can be unstable in price. Fruit offers the same “halo” effect without those problems.

When you pair it with chocolate, especially if it is real fruit, you get the ideal treat—a delicious indulgence that you don’t have to feel guilty about.

Chocolate is generally more likely to be seen as a product with health-giving properties in Asian markets than in the west. In Japan, for example, rising awareness of the properties of nutrients such as polyphenols and flavonoids has allowed chocolate to be positioned as a healthy snack.

Chocolate As A Luxury

The perception of chocolate as a luxury item has driven demand for high-end products. This is particularly true in Japan, where sales of artisanal chocolate have recently outstripped mass market offerings. This is reflected in the amount Japanese consumers pay for chocolate—in recent years the average Japanese consumer spent US$22 per kilogram of chocolate, compared with a global average of US$14.

The trend is predicted to continue. “We expect more and more consumers to take chocolate as a luxury, rather than as a food. They will taste it as they do when taking wine and coffee,” one Asian manufacturer has said.

Nothing says luxury quite as much as a perfectly fine-tuned combination of chocolate with fruit, especially when the fruit is also seen as luxurious. That is why we are increasingly seeing ‘exotic’ fruits like mango, blood orange and passion fruit featuring in new products. Special fruit combinations like this justify premium pricing much more than the usual fruit and nut pairings.

Across the world, consumers are seeking new sensual experiences. Manufacturers of confectionery are responding by getting increasingly adventurous. Not every innovation will have broad appeal (blue milk chocolate with bacon bits and grapes for example may not be to every consumer’s taste!) but clearly there is a lot of new thinking going on.

Mostly it is about new flavours, but consumers want new texture sensations too. So we are seeing manufacturers combining the traditional chocolate ‘snap’ with chewy fruit, or with ancient grains like puffed quinoa or chia seeds.

However, when it comes to flavour, simply being novel is not enough. If a flavour combination doesn’t work in its own right, consumers seeking a thrill will soon move on to the next new thing. One of the consumer trends to watch in the food industry generally is a growing preference for ingredients that can be traced to a particular geographical region.

Manufacturers who can tell a story about the geographical origin of their ingredients—particularly if the area associated with high quality—will be rewarded by customers. To quote Mintel: “Consumers have been romanced by product origin, ingredients or inspiration stories.”

Making chocolate traceable, and bringing in local ingredients, helps consumers connect with products emotionally. As a proportion of new product launches globally, chocolate with cocoa origin claims rose from 1.8 percent in 2011 to 3.1 percent in 2015. Claims relating to cocoa from the Dominican Republic rose by 13 percent between 2011 and 2015, Peru by 28.7 percent, and Ecuador by 23.5 percent.

The trend has been labelled “bean to bar”, and it is particularly powerful in Japan. As one Japanese confectionery expert puts it: “Bean-to-bar, started by artisanal chocolate manufacturers, is a trend we cannot ignore. By adding it to our product lines, we want to catch new customers and expand sales.”

The Importance Of Seasons

The time of the year is particularly important in chocolate marketing—in fact, it is difficult to think of another foodstuff where season is as dominant. In 2016, seasonal offerings accounted for 25 percent of global launches of new chocolate products.

In Japan, it is traditional for young women to buy Valentine’s Day chocolates not just for their husbands or boyfriends, but also for male relatives and colleagues. Often the presentation of chocolate products reflects this, with patterns that consumers identify as masculine common on packaging. And in China, it is traditional to celebrate the Lunar New Year by gifting chocolate.

In their formulation, packaging, and marketing, products need to reflect the time of year when they are most likely to be consumed. If you are telling consumers that your chocolates are perfect for a summer picnic, you had better make sure they will not melt.

The Power Of Nostalgia

Chocolate and other sweet treats can trigger a deep emotional connection that goes back to childhood. For most of us, they were the ultimate treat when we were growing up.

Increasingly brands are recognising the power of nostalgia in marketing. The return of product ranges like Dairy Milk tiffin and new flavours like white chocolate and strawberry, Eton mess, and apple with cinnamon explicitly tap into our yearning for escape back into childhood or a bygone era.

Quoted in an article about the rise of nostalgia in confectionery in Australia, the historian Toni Risson says: “Many of our best memories involve lollies....They evoke the freedom and promise of childhood, and make us feel like kids again.”

The power of nostalgia is also apparent in other Asia-Pacific nations. Last year, Whammo’s chocolate cake bars—a favourite in the Philippines in the early nineties—made a comeback. Reportedly, they sold out immediately after appearing in convenience stores.

The ‘permission to indulge’ trend, and good news about the health benefits of flavonoids, have triggered massive growth in sales of dark chocolate over the last 10 years.

Consumers of all products are increasingly driven by ethical concerns such as sustainability and fair trade. Globally, 66 percent of consumers are willing to pay a higher price for sustainable products, compared to 50 percent in 2013.

Commitment to such principles is apparently higher in Asia-Pacific than in western markets. Consumers in Asia, along with those in Latin America, the Middle East and Africa, are 23-29 percent more willing than those in the west to pay a premium for sustainable offerings. With consumers increasingly concerned about where their products come from, how they are produced, and their ethical impact, the industry has adapted quickly. Chocolate with various ethical certifications is spreading to new markets and new categories. The big manufacturers are increasing their output of fair-trade chocolate, or ensuring that their brands are Rainforest Alliance certified. In 2016, 17 percent of new chocolate products carried some form of ethical positioning.

Globally, gluten-free was the most common health claim in chocolate in 2015. However, vegetarian and vegan claims are increasingly important. Similarly, vegan looks to be heading for the mainstream, now being tracked on 5.5 percent of all chocolate launches in West Europe in 2015, compared to just one percent in 2011.

This has resulted in a rise in the use of vegetable fat in chocolate manufacture, with launches of vegetarian chocolate containing vegetable oil more than doubling between 2011 and 2015.

Veganism is rapidly growing in Asia-Pacific—the Chinese vegan market is expected to grow 17.2 percent between 2015 and 2020, the fastest growth rate in the world.

Gluten-free, organic, vegetarian claims are now firmly in the mainstream. In future, expect claims like vegan, lactose-free and GMO-free to follow suit. As Asian economies and their affluent middle classes grow, brands that are recognised as ethical will have an important advantage.

There are some powerful trends at play in markets for chocolate, both globally and in the Asia-Pacific context.

Yet while Asia-Pacific markets are quick to adopt good concepts, both from each other and from elsewhere in the world, they are all very distinct. We have seen many companies make the mistake of viewing Asia-Pacific as a single homogeneous market.

While chocolate is loved pretty much everywhere in the world, the way it is consumed, and the best way to market it, differs hugely from country to country. 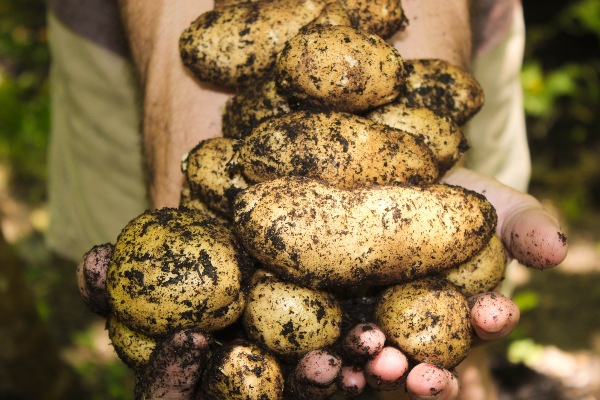