Natural Ingredients That Can Extend The Shelf-life Of Food Products Natural Ingredients That Can Extend The Shelf-life Of Food Products

The appeal of natural antimicrobials is that several of them, particularly plant-based extracts, have potential health benefits for humans, says Dr Benny Antony, joint managing director from Arjuna Natural Limited.

All food products of biological origin or composed of biological raw materials inherently and inevitably spoil and deteriorate over time. This spoilage and deterioration cannot be completely stopped or eliminated, though the shelf-life can be extended. However, it is the desire of food processors to slow this rate of deterioration as much as possible through formulation, processing, packaging, storage and handling. To properly address this problem of spoilage, it is important to understand the concept of shelf-life, food spoilage and the various modes through which it occurs.

Shelf-life has been a frequently used term that can be understood and interpreted subjectively. A consumer is generally concerned with the span of time a food product can be kept in the home before it can no longer be used. A retailer is particularly interested in the length of time a product can stay on the shelf in order to maximise sales potential and profit.

Generally, food is considered spoiled when it is no longer acceptable to the end-user. The worst scenario of spoilage is when it becomes a food safety issue, where the food product may cause the consumer illness or even death. However, less serious cases of food spoilage can simply be the deterioration or the change of   colour, flavour, texture, or aroma of the food so that it is no longer acceptable. Another case of spoilage could be that the nutrients (e.g. vitamin content) in the food has deteriorated to the point that the product no longer meets its declared nutritional value. The time it takes for a food product to reach one of these spoilage conditions is generally termed the product’s “shelf-life”.

Shelf-life is now a legal term within the European Union (EU). A simple and informative definition of shelf-life would be: “the period of time under defined conditions of storage, after manufacture or packing, for which a food product will remain safe and be fit for use”. In other words, during this period, the product should retain its desired or expected sensory, chemical, physical, functional or microbiological characteristics and, wherever appropriate, comply with any label declaration of nutrition information when stored according to the recommended conditions. It is obvious, therefore, that shelf-life is a very important and multifaceted requirement of all manufactured and processed food products.

All foods spoil and they do so differently and at different rates. Most food spoilage can be explained by one or more of the following general mechanisms:

Therefore, knowing the spoilage mechanism of a food product is the first step in the process to determining its shelf-life. Essentially, how a food spoils and how long its shelf-life is going to be are influenced by a number of factors. These shelf-life–influencing factors are the properties of the final product and of the environment in which it is to be manufactured, stored, distributed and used.

Most other physical changes or instabilities involve moisture or mass transfer of components in the food. A frequent cause of degradation of food products is a change in their water content (water loss, gain, or migration). The change in moisture alone may cause the product to become unacceptable, though it also frequently leads to other problems such as microbial or chemical degradation. Food spoilage can also occur in food products due to reaction or breakdown of the chemical components of the food, including its proteins, lipids, and carbohydrates. The rate at which the chemical reactions take place depends on many factors, which were mentioned earlier, including water activity, temperature, pH, and exposure to light or oxygen. The occurrence of each chemical reaction has the potential of affecting colour, flavour, aroma, and/or texture of the food product.

Protein degradation can also involve reactions with proteins and other ingredients or enzymatic activity. Enzymes are complex proteins that act as catalysts that greatly increase chemical reaction rates. There are many types of enzymes that react with different chemical components in foods, many of which are formed by microorganisms. Oxidation of proteins can also occur. In meats, overexposure to oxygen can cause myoglobin and oxymyoglobin to oxidissule into metmyoglobin, causing the meat colour to turn from bright red to brown. This colour change can be unappealing to consumers.

Microorganisms are a common means of food spoilage and the most common cause of foodborne illnesses. Microbial spoilage is a major concern for so-called perishable foods such as fresh fruits, vegetables, meats, poultry, fish, bakery products, milk, and juices. Potential food spoilage microorganisms include bacteria, fungi (mould and yeast), viruses, and parasites. The growth of most microorganisms can be prevented or slowed by adjusting initial microbial load, adjusting temperature of storage, reducing water activity, lowering pH, using preservatives, as well as using proper packaging.

There are numerous types of bacteria that can grow and cause spoilage in many different foods. Bacteria are single-celled organisms that are one to five microns in size. Bacteria that cause foodborne illnesses include Escherichia coli, Bacillus cereus, Salmonella spp., Clostridium spp., Listeria monocytogenes, and Vibrio spp., among others. Many other bacteria species cause food spoilage without causing illness. Some bacteria are able to form spores as a protection mechanism when subjected to harsh conditions.

Yeasts are another type of microorganism that can cause food spoilage, but are also used in many fermentation operations. Yeasts are single-celled fungi that are round or cylindrical in shape, and three to five microns in size. They multiply by budding or binary fission. Noteworthy yeasts in food include Candida spp., Dekkera spp., Saccharomyces spp., and Zygosaccharomyces spp.

Moulds are another type of fungi with a larger cell size that form chains and branches. Moulds come in many different shapes, sizes, and colours, and they can be seen with the naked eye when they form their branched structure. Moulds reproduce by producing spores either sexually or asexually. Important moulds that often cause spoilage of food products include Aspergillus spp., Fusarium spp., Penicillium spp., and Rhizopus spp. Some species of Aspergillus are able to produce secondary metabolites called aflatoxins, which can also cause illness.

Once present on the food, the growth of microorganisms depends on the conditions, the food, and the environment. Each microorganism has specific requirements and conditions both of the food itself and of the environment that must be met in order to grow, including nutrient requirements, water activity, pH, temperature, oxygen availability, and presence of antimicrobial agents. Although antimicrobial preservatives are already available for use in the food industry, many producers are searching for natural antimicrobial alternatives. There are several reasons for this trend, of which the most important is that the traditional regulatory-approved antimicrobials have very limited capabilities when it comes to controlling spoilage or pathogenic microorganisms. Many are organic acids and function well only at a low pH, whereas often, the major problems with food safety are in foods with a near neutral pH. Because of the generally unfounded fears that synthetic antimicrobials pose possible toxicological problems, there is also a growing demand by consumers for foods with ingredients that contain fewer synthetic additives.

This has led food companies to seek “green” or “clean” labels.  The World Health Organisation is advising consumers to reduce their intake of salt to decrease the risk of cardiovascular disease, but salt is commonly used as preservative. The reduction of salt in processed foods could lead to the need for additional preservatives to ensure the safety and maintain the shelf-life of products.

The strict requirements of international regulatory agencies to gain approval for novel direct food additives require rigorous toxicological testing of these antimicrobials, including metabolism and toxico-kinetics, sub-chronic toxicity, reproductive and developmental toxicity, as well as genotoxicity. These batteries of tests, including in-vitro and in-vivo tests on animals and humans, can take years and a large amount of money before they can be completed to obtain approval, making the pursuit of these antimicrobials unprofitable.

Another appeal of natural antimicrobials is that several of them, particularly plant-based extracts, have potential health benefits for humans. Mustard, for example, contains isothiocyanates, which have wide-spectrum antimicrobial activity and have been shown to have potential chemo-preventive activity, along with several other compounds. Other ingredients like garlic has been used medicinally for thousands of years, and we now know that the organosulphur compounds (most notably allicin) have antimicrobial activity against a variety of bacteria and fungi, as well as chemo-preventive and antioxidant activity, thus reducing the risk of cardiovascular disease and improving immune function.

Other plant essential oils, such as antioxidants, also have health benefits to help combat the degenerative diseases of aging by protecting low-density lipoprotein cholesterol from oxidation, inhibiting cyclooxygenase and lipoxygenase enzymes, and inhibiting lipid peroxidation. Several also have antiviral or anti-tumour activity.  These added health benefits may be indirect rather than through the consumption of the plant extract itself, such as in the case of grapeseed and rosemary extracts—the addition of grapeseed and rosemary extracts to marinades for ground beef patties reduced the formation of possibly carcinogenic heterocyclic amines. Green tea and grape seed extracts can also reduce lipid oxidation in beef, chicken, and turkey.

Ironically, while consumers are very clear about their need for more natural food additives, there seems to be a lack of knowledge that several natural antimicrobial preservatives currently used by the food industry are synthetically manufactured. Sorbic acid is an example which is synthetically made, though originally it was isolated from unripe rowanberries. Consumers should rely on clean branded natural preservatives manufactured and supplied by reputed manufactures from reliable outlets. Arjuna Natural is lining up a slew of new products from its food division. The Company, with more than two and a half decades of experience in manufacturing herbal extracts with 70 international patents to its credit, now presents a wide range of natural preservatives under the brand name, Extenfo. Extenfo provides the perfect application-based solution to keep food fresh and healthy for longer time. Scientists at Arjuna, from a blend of eco-friendly natural ingredients approved in the EU and US, brings out a wide range of preservatives that do not change the organoleptic properties of food.

In-house research carried out in the food division of Arjuna has resulted in the development of many food-specific natural preservatives, ideally suitable for fruit juice, bread, mayonnaise, raw and processed meat and frying oils capable of preventing microbial growth and oxidative rancidity. 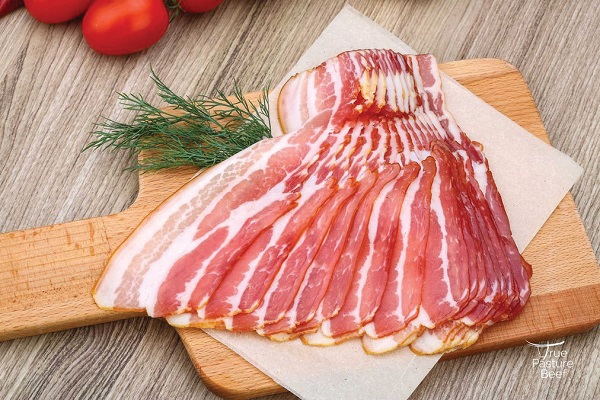