How does one get enough essential fatty acids in your body to reap its health benefits? Dr. Ek Kai Lin, senior manager, scientific marketing, BASF Nutrition & Health shares her insights in this deep dive of the omega-3s.

There are fatty acids and there are essential fatty acids. The omega-3 fatty acid alpha-linolenic acid (ALA), for example, is an essential fatty acid for human health. It is essential because the body needs it and yet, cannot produce it but must get it from food. ALA is found in plant sources such as walnuts and flaxseed and is used to build the longer chain omega-3s eicosapentaenoic acid (EPA) and docosahexaenoic acid (DHA). The endogenous production of EPA and DHA is not very efficient and hence food sources are recommended. Food sources rich in EPA and DHA are found primarily in fatty fish such as salmon, tuna, sardines and in fish oil supplements. Consumed at sufficient amounts, EPA and DHA omega-3s can deliver some health benefits in addition to ALA.

What makes these long chain omega-3s special? EPA and DHA are required for membrane fluidity and function in every cell, serving as precursors for signaling molecules and moderating inflammatory balance. In early life, DHA is an essential building block during the key phase of brain development—a growth spurt from the last trimester of pregnancy up to two years of age. 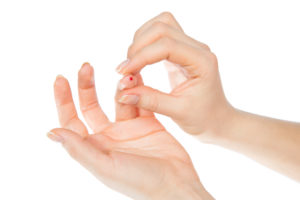 In cardiovascular health, EPA and DHA play a role in the regulation of heart rate, normal blood clotting, blood vessel function, lowering blood pressure, and, at higher doses, lower triglycerides and may ease inflammation, which plays a major role in the development of atherosclerosis during adult life.

In seniors, having a higher DHA status may prevent cognitive decline, as shown in a 2014 Japanese study by Otsuka et al. where community-dwelling elderly Japanese individuals were surveyed using the mini-mental state examination. Depression is not uncommon in the elderly and depressive symptoms may increase the risk of progressing from mild cognitive impairment to dementia. In a 2012 Australian intervention trial, researchers Sinn et al. also found that EPA and DHA supplementation showed an improvement in depression score and DHA supplementation improved initial letter fluency scores, a test of cognitive function.

I know about the benefits of omega-3s, but how do I know that I’m taking enough?

Given the compelling research supporting the health benefits of EPA and DHA omega-3s, how do we bridge the gap between intake and status?

To measure your omega-3 level or status, there is a nutritional tool available that can help assess this in a single drop of blood, providing you with your status in the form of an index. The omega-3 index is defined as the total concentration of EPA and DHA in red blood cells, expressed as a percentage of total fatty acid content. In this single drop of blood, the cell membrane content of fatty acids in the red blood cell will be measured. A number of studies (Schuchardt et al., 2013; Harris et al., 2004; Tu et al., 2013) have demonstrated that there is a good correlation between the concentration of EPA and DHA in red blood cell membranes with the membranes of other tissues, such as liver and kidney tissues and importantly the heart muscle tissue

What is the ideal number? A result greater than 8 percent is associated with lower overall risk for cardiovascular disease and dementia; anything less than 8 percent is less than ideal. A correlation was discovered between the omega-3 index and cardiac outcomes, and other chronic diseases. Unfortunately, in a recent global survey published in 2016 by Stark et al, the omega-3 index was below 8 percent in almost all the surveyed countries with the exception of Japan and Greenland.

How Can An Omega-3 Index Of 8 Percent Be Reached Effectively?

A low omega-3 index is often due to low consumption of EPA and DHA omega-3s and there is the issue of bioavailability, or the rate of absorption. The general recommendation for intake of EPA and DHA from various global health organisations and countries range from 250 to 500 mg per day. This equates to about two tins of tuna a day. Easy as it may sound, the fact remains that a large number of people globally still do not reach the ideal omega-3 index and are recommended to increase consumption via their dietary intake and/or consider dietary supplementation.

There is also the largely unknown biological challenge with omega-3s, that absorption depends on certain digestive conditions. Absorption of EPA and DHA from omega-3 supplements occurs most efficiently when taken in context of a meal – adequate fat intake is required to release bile salts that emulsify and pancreatic enzymes that digest omega-3-containing lipids in the intestine. However, certain health guidelines recommend reduction in fat intake. Hence, for those consumers having low-fat meals and for those who take their supplements prior to bed time, the absorption of EPA and DHA may be incomplete, and therefore these consumers will need to optimise the absorption of omega-3.

And Now, The Solutions

Eating fish repeatedly every day all year round could be mundane. Hence, one to two supplements a day may be an easier option. While the concerns some consumers have in taking omega-3 lie in areas like fishy burps, unknown effectiveness and the likes, there is a variety of solutions available to address these concerns. BASF offers a wide range of omega-3 products such as deodourised fish oil with superior sensory profile in the Omevital TG Gold range; high concentrate purified fish oil rich in EPA or DHA in the PronovaPure® range, as well as an algal source omega-3 in a microencapsulated powder or oil form which is suitable for vegetarians and vegans respectively.

To effectively address the issue of bioavailability, BASF has also developed Accelon—Absorption Acceleration Technology, a novel self-micro-emulsifying delivery system (SMEDS) formulation of highly concentrated omega-3 fatty acid which enables rapid emulsification and microdroplet formation upon entering the environment of the gut. In a single dose study by Qin et.al published in 2017, it was observed that the total EPA and DHA absorption from the SMEDS formation were 6.4 and 11.5 times higher compared to a control high concentrate oil respectively. With Accelon, it is no longer reliant on consumption conditions and makes it possible to reach one’s ideal omega-3 index faster.

The benefits of EPA and DHA in every stage of life have been robustly researched and thoroughly documented. The question is: what is your omega-3 index? Are you getting enough of these beneficial fatty acids?