Knowledge At Your Fingertips Knowledge At Your Fingertips

Digitalisation, Internet and smart technologies such as smartphones and wearables, have made consumers more connected and aware with increased access to information. Consumers are now empowered since the possibility to be informed and engaged decision makers have increased greatly. By Peter Wennström, CEO of Healthy Marketing Team.

“A result of this is an increasingly demanding consumer. But all available information and multiple opportunities may also make consumers confused about how to make the right choice for themselves,” says Peter Wennström, CEO of Healthy Marketing Team.

“Consumers require more from the brands that they engage with and are desiring customised and unique experiences—we call it the Naked Truth. This does not only apply to technology solutions, but entails great opportunities for customisable experiences and products.”

Nutrition Built For Your DNA

A recent, good example of using digital technology is the new health care platform of Nestlé Japan, pushed by the CEO of Japan, Mr Kozo Takaoka. The platform which provides customers with nutritional advice is based on their blood and DNA test results as well as their dietary habits. It uses a chat app called Line, where customers can post pictures of their meal, which can then be analysed by artificial intelligence to see what nutritional elements the meal lacks. In addition, the results of blood and DNA tests, which can be carried out at home, can be used to analyse that person’s future health risks. Nestlé cooperates with DNA high tech companies like Genesis Healthcare and Halmek Ventures.

“This is only the beginning of customisation,” says Wennström. “The whole group of Nestlé, as well as other large companies in the nutrition industry, will be following what Mr Takaoka does in Japan.”

People talk about Artificial Intelligence like it is part of the future. But AI is already here. A very good example is the development of digital shopping. Shopping of groceries on the net is no longer only “surf the net and pay for home delivery.” A growing number of stores, especially by Amazon in the USA, has made the whole shopping experience digital.

Amazon Go’s checkout-free shopping experience is made possible by the same types of technologies used in self-driving cars: computer vision, sensor fusion, and deep learning. The “Just Walk Out Technology” automatically detects when products are taken from or returned to the shelves and keeps track of them in a virtual cart. When the consumer is done shopping, they can just leave the store. Amazon will send a receipt and charge their Amazon account.

A live example of not being able to track the products back in the grocery up-stream line was the sudden outbreak of the infection caused by the bacteria E.coli in USA and Canada. The origin of the infection was traced to Romaine Lettuce. As the exact origins of the “infected lettuce” could not be determined, the health authorities of both USA and Canada recommended a total stop on all Romaine lettuce. The widespread infection underscored the important and growing role for blockchain technologies in traceability, with pressure already mounting on suppliers from their retail customers.

“When a supply chain is integrated onto a blockchain, all of these features become visible and known to not only the relevant stakeholders, but also the end consumer,” says Wennström.

“As such, blockchain ensures that the origin of food recalls can be easily managed, while any intentional mislabelling is swiftly identified: the actors and the produce itself are both integrated into a single coherent and available data flow.”

But blockchain technology will do more than tracing your food to its origins. Blockchain allows a transparency of the product, thus revealing the origin and the process chain. A recent study by the Food Marketing Institute shows that 44 percent of consumers want to know that their food has been produced ethically, with designations such as “fair trade” and “cage free”. At the same time, 43 percent want to know that the food was minimally processed, with designations such as “organic”, “non-GMO” and “no preservatives.”

“People don’t casually want this; they demand it and they’re willing to pay for it,” says Wennström. “A price comparison study carried out in the USA showed that the mean cost for organic items surveyed was 68 percent higher than for non-organic items.” Misconceptions About Digital Transformation In The F&B Industry Securing The Future Of Food With Blockchain 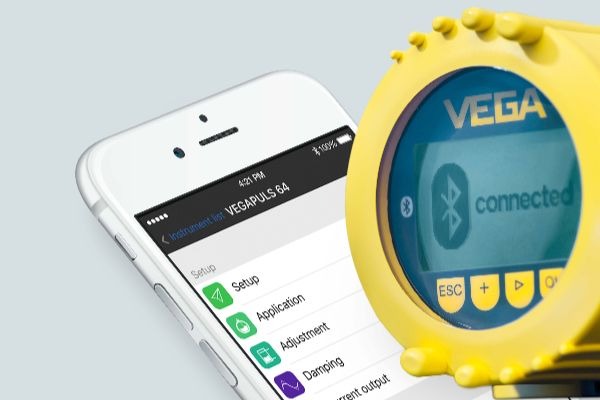