Gordon Young, Food Industry Engineering, Australia, and Dennis Forte, Dennis Forte & Associates, Australia discuss aspects of food and feed extrusion, and how they relate to the expansion/bulk density of products.

Extrusion technology is used to produce a very wide range of products in the food and feed industries—formed products like noodles, pasta, and snack pellets; cooked but dense products like pet foods and some aquafeeds, expanded products like snacks and breakfast cereals, and texturised products such as TVP (texturised vegetable protein) and meat analogues.

A wide range of products are produced by extrusion.

Extrusion processing offers a number of major benefits over the more traditional processes—but there are also limitations to be aware of to get the most from this technology.

Extrusion is a very complex process. As one variable changes, so do many other process parameters. For example, if ingredient composition varies, it doesn’t just change product composition—it changes the rheology of the mix and how the melt moves through the extruder and die, which in turn affects the residence time and temperature of the melt, which changes degree of cook and expansion. This therefore affects density, texture, digestibility, etc.

Within this complex relationship, we need to achieve consistency—of texture, flavour, shape, size, and nutritional characteristics. It is the cumulative effect of these parameters which ultimately determine what we call the product ‘quality.’

This paper discusses just a few of the issues relating to successful extrusion food and feed products.

Ingredient cost is always a key factor. If you are producing a high-value human food, you may be able to set tight tolerance on ingredient specifications—as long as you properly understand what those specifications should be. If you are in an industry where margins are much tighter, such as in producing some pet foods and aquafeeds, production may be forced to “work with what they get” but that also has limitations.

For example, some simplistic scenarios:

Following are some basics of ‘extrusion chemistry’ that relate to the way we design extrusion processes and the formulations used in those processes:

Firstly, realise that starch does not truly ‘gelatinise’ during extrusion—there is not enough water present for the swelling and unravelling of granules that characterise the gelatinisation reaction. In addition, starches may be degraded or ‘dextrinised’ due to the ‘shear’ during extrusion. Depending on what product we manufacture, we need to design our process/formulation with different objectives with respect to the starch: Two types of starch—amylose and amylopectin

In addition, not all starch is the same—starches from different sources can give us different final product properties. This can be partly (but not entirely) due to the amylose/amylopectin ratio. Starch comes in two forms: amylose is a long helical chain of glucose units; amylopectin is a branched structure of linked glucose units. An effect of these different starch types will be discussed later. Some die configurations for TVP

During extrusion, the globular proteins unravel and, under the right conditions (of moisture content and temperature), can cross-link. Therefore ‘functional’ protein (functional with respect to physical structure) contributes to texturisation and to pellet strength and durability. So protein quality—not just protein quantity and source—is important. Meat meals used in pet food typically provide nutritional protein, but not ‘functional’ protein—largely because of the way the meat meal was processed.

Let’s take the example of production of a textured vegetable protein (TVP). The correct amount of protein from a suitable source (e.g. soy) is essential—without too much fat—therefore defatted soy or soy protein isolate.

The process needs to be designed to develop the correct cooking reactions to unravel the native protein, and the die on the extruder needs to be of a type that will force those protein strands to align and encourage cross-linking. But soy protein isolate of the correct protein content, used in the correct proportion, still may not work—unless the raw protein quality is correct—as measured by factors such as PDI (Protein Dispersibility Index) or NSI (Nitrogen Solubility Index).

Fat under normal extrusion conditions is stable—it does not itself change and ‘cook’ as starches and proteins do. But it does have a major effect on the extrusion process—increasing ‘slip’ and effectively lowering viscosity, and therefore affecting expansion/density, extruder backfill/degree of cook, and pellet durability.

An increase in fat content of the mix of only two percent (which can happen due to raw material variations) has a similar effect on melt viscosity as a five percent increase in moisture content. Therefore control of fat content can be a major issue.

There are of course many other aspects of ingredients that also need to be balanced in successful feed extrusion.

Correct degree of expansion (which has a direct effect on product density) tends to be of importance in extruded products. Bulk density affects pack fill/weight. In snacks and breakfast cereals expansion affects texture. In aquafeeds, density critically affects float/sink characteristics.

Expansion is influenced by both process conditions and ingredients. The figure (right) shows diagrammatically what happens as the product passes through the extruder die:

The product expansion/bulk density is also significantly influenced by the Specific Mechanical Energy (SME), since the SME directly affects melt temperature in the extruder barrel and also affects the molecular degradation of the starch and the proteins. This changes the viscosity and elasticity of the melt. Effect of SME on bulk density

The graph shows some measured results of bulk density (both immediately after extrusion and after drying) versus SME (for a particular aquafeed product).

The SME is influenced by process parameters, most significantly the melt moisture content (used to manipulate the melt rheology), the screw profile design, and the screw speed.

This paper has discussed just a few aspects of extrusion and how they relate to one physical attribute of the product: the expansion/bulk density. All the other attributes of importance to specific products can also be analysed and related to a complicated set of interactions between the ingredients we use and the extrusion process as it is applied.

Extrusion is not a simple process. The interactions that occur in process parameters, along with variations in raw materials and changes over time due to extruder and die wear, make it a difficult process to control. Variations in the extrusion process not only affect physical changes in the product such as density and size/shape, it also affects the way in which the customer will experience texture or the animal will digest the feed. A good understanding of the extrusion process is required for reliable and consistent production. 3 Ways To Achieve Maximum Productivity And Flexibility In Gummy Production Extrusion: The Revolution Of Mixing 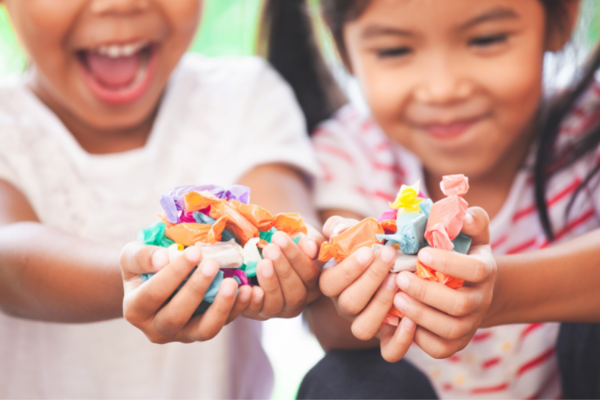