Iron is one of the most important minerals in the body, yet there is a global problem of low iron levels. What can manufacturers do to help with iron deficiency while still preserving their bottom line? By Ho Pei Ying

Iron is an essential mineral that performs several important functions for the body. However, there is a global iron deficient problem due to a lack of understanding on the best ways to bolster iron content in the body. More efforts should also be done to propagate the benefits of iron.

Iron can be derived from a number of natural food sources, although iron-fortified foods have been used as complements to boost iron intake. Foods fortified with iron have conventionally been restricted to staples and condiments.

While there are limitations as to what foods can be fortified with iron—in part due to the precarious levels of bioavailability of iron compounds, the toxicity associated with excessive iron content, and the guidelines dictated by food regulators—food and beverage manufacturers can still find ways to work within these set of regulations while remaining competitive in the global market.

The Importance Of Iron Iron’s primary function is that it helps to create healthy red blood cells that carry oxygen throughout the body. It is an important component of haemoglobin, which is a protein found in red blood cells. More than half (60-70 percent) of the iron in the human body can be found in haemoglobin.

Iron in the form of myoglobin (10 percent) is used for the storage and use of oxygen in muscles. An estimated five percent of iron is found as components of various proteins and as necessary elements in enzymatic reactions, while another 25 percent is stored in ferritin, which is in cells and circulating in the bloodstream.

Lack of iron may lead to unusual tiredness, shortness of breath, a decrease in physical performance, learning problems in children and adults, and may also increase your chances of getting an infection. Prolonged low levels of iron in the body can result in iron deficiency anaemia, chronic anaemia, cough, and pre-dialysis anaemia.

Iron deficiency is one of the most common and widespread nutritional disorders in the world, reports the World Health Organisation (WHO). It estimates that two billion people— that is, 30 percent of the world population—are suffering from anaemia, of which the main cause (approximately 50 percent) is a lack of iron. The organisation has stated that there are approximately one billion cases of iron deficiency anaemia and a further one billion cases of iron deficiency without anaemia worldwide.

Common causes include low intake of meat/fish, preterm delivery, pregnancy and adolescence which require high intakes of iron, heavy menstrual losses, parasite infections, and low intakes of vitamin C. As such, the most susceptible groups who have low iron levels are women of childbearing age, pregnant or breast-feeding women and infants and young children.

WHO has also reported that in 2004, iron deficiency anaemia resulted in 273,000 deaths, of which 45 percent were in Southeast Asia, 31 percent in Africa, nine percent in the Eastern Mediterranean, seven percent in the Americas, four percent in the Western Pacific, and three percent in Europe—97 percent of these deaths occurred in low- and middle-income countries.

Not Just In Developing Countries

While low iron status in developing countries is more widespread, iron deficiency is also present in more developed regions like US. The Centers for Disease Control and Prevention (CDC) puts the figure for anaemia/iron deficiency at 9.6 percent of its resident population.

Zeroing In To Asia Pacific

Figures in Asia Pacific are harder to come by, mainly due to a lack of investigation in this area in the region. However, it has been found the average incidence of iron deficiency anaemia in China was between 15 percent and 20 percent, and that 200 million of the Chinese suffer from iron deficiency anaemia.

While figures for iron deficiency have declined in general, it is still a cause of concern. Iron deficiency is usually associated with poor diet, malabsorptive disorders, and blood loss. However, people with low iron levels tend to also have other nutritional deficiencies. There is thus a need to adopt a more holistic approach when helping to address this problem.

How Much Is Enough?

The following table shows the recommended dietary allowance (RDA) for iron. RDA is the average daily level of intake sufficient to meet the nutrient requirements of nearly all healthy individuals.

*This value is an Adequate Intake (AI) value. AI is used to denote insufficient information known to set a RDA.

Where To Get Iron? Iron is naturally present in many foods. As such, most people can reach their RDA for iron if they maintain a well-balanced diet. The body absorbs two to three times more iron from animal sources (heme iron) than from plants (non-heme iron). Heme iron constitutes about 10 to 15 percent of total iron intakes in western populations.

Frequently used forms of iron in supplements include ferrous and ferric iron salts, such as ferrous sulfate, ferrous gluconate, ferric citrate, and ferric sulfate. Because of its higher solubility, ferrous iron in dietary supplements is more bioavailable than ferric iron. In the US, the Committee on Food and Nutrition (now the Food and Nutrition Board) recommended the addition of thiamine, niacin, riboflavin, and iron to flour in 1940. By 1974, a higher content of iron fortification was recommended by the National Academy of Sciences. However, this revision of iron fortification levels led to high iron intakes among young men which raised concerns about iron toxicity. In 1977, FDA revised the iron content standards.

The history of iron fortification in the US illustrates the sometimes precarious nature of iron fortification. For food manufacturers, besides being driven by market trends and profit, iron fortification decisions should also be motivated by the replacement of mineral losses that occur during processing and the correction of iron deficiency to ensure that these foods will not result in an excessive intake of iron.

The efficacy of iron-fortified foods in bringing down iron deficiency levels is well explored, particularly in high-risk groups. For majority of individuals, RDA for iron is achievable through a well-balanced diet that consists of foods naturally rich in iron as well as iron-fortified foods.

Despite the long list, the addition of iron compounds is usually restrictive as there is no single compound that can be added to foods without complication or caveat for functionality.

Some iron forms are water soluble and highly bioavailable, but they can also be very reactive and change the taste and nutritional quality of foods by provoking oxidation. These iron compounds include ferrous sulfate, ferrous gluconate and ferrous lactate, and they are mostly used to fortify dehydrated solid foods like infant formula.

Less reactive but highly bioavailable forms like ferrous fumarate, ferrous succinate and ferrous saccarate tend to become reactive during storage and exposure to high humidity, which make them problematic. Low water solubility forms usually suffer from poor bioavailability. The final choice depends on the efficacy, reliability of the supply, and the compatibility of the process.

What Can Manufacturers Do?

Food and beverage manufacturers are largely limited by guidelines and regulations set by food regulatory bodies when it comes to iron fortification in foods, as high levels of iron can lead to toxicity.

Manufacturers should be mindful of the appropriate levels of iron content that is sufficient for their markets— this varies from country to country as it is dependent on the availability of iron-rich food sources already in the country.

It is also essential to recognise that iron-fortified foods are complementary, rather than the main sources, of iron.

Appropriate product research and development (R&D), product promotion and labelling should be conducted to ensure adequate levels of iron are present.

Despite the limitations, there is still room for producers to manoeuvre and gain a competitive edge by: 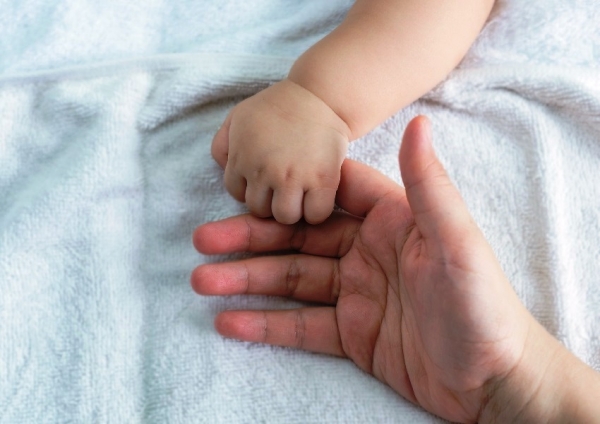