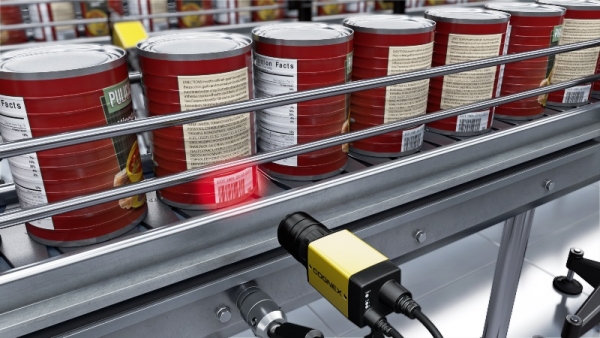 With greater demands by consumers for product safety, regulatory authorities worldwide are stepping up with tighter controls that affect the way manufacturers operate. Yet, trying to ensure product safety, traceability and supply chain integrity is no easy task for manufacturers that are still relying on manual methods of product inspection and tracking.

The introduction of more stringent laws in several industries mean that Asian manufacturers and exporters need to turn to automated forms of inspection to ensure that products are properly labelled and comply with requirements. They not only have to ensure that their supply chains are well-managed, but that they are also able to keep track of ingredients, work-in progress and finished product from cradle to grave.

Toxic fresh produce has made the headlines from time to time through a string of food scandals and this has rocked the food industry in some countries.

For example, fresh cabbages being sold in the market were tainted with formaldehyde and it was later discovered that farmers had sprayed the vegetables with the chemical to keep them from turning bad in the hot weather. The toxic compound is known to cause cancer and is commonly used as a disinfectant and for embalming. Formaldehyde is also a skin irritant and can cause other health-related issues like difficult breathing and digestive problems.

Other food scandals include gelatine eggs, fake stewed pig ears, melamine contaminated infant milk powder, etc. While these examples are stark reminders of the need for stronger law enforcement and harsher penalties to be meted out to offenders, technology too can help play a pivotal role in keeping food from dubious sources out of the supply chain. The typical application for barcodes is so that manufacturers and consumers alike can trace fruit, vegetables, meat products, or even ingredients in food and beverages from their sources of origin to the shelf.

Besides serving as a means of authenticating the source of food product origins, there is also the very real possibility now of barcodes allowing shoppers to use a smart phone or kiosk to determine specifics of meat products—for example: whether the meat came from grain-fed, grass-fed or hormone-free animals. Further, steps are being taken to enhance 2-D barcodes, so that they contain more information on the animal and how it was processed.

These applications therefore demonstrate how a food supply chain can be set up to ensure traceability and accountability, while adopting technology to support these goals. By implementing these mechanisms on a larger scale, barcoding food products from the source could at least, to some degree, provide a means of preventing substandard products from entering the supply chain.

Besides applying the technology upstream at the supplier level to allow manufacturers to trace sources of ingredients and raw materials, it can also be adopted within the manufacturing facility to track production progress.

An image-based barcode reading system can help manufacturers to determine the location of a product, raw material or work-in-progress in the facility. Besides location tracking, the system is able to capture and store data pertaining to the processes and production stages that an item has already passed through.

From Barcode Technology To Vision Sensor System And Applications

A certain facility processes meat products such as pork, beef and chicken in a range of packaging options. The meat is processed, packed into boxes and moved down a conveyor line into a refrigerated warehouse. For the manufacturer, it is vital for them to have complete visibility of the product as it moves out of the building and into the storage area. Initially, a 1D linear barcode was widely used to apply to food package. Although a laser barcode reader was used to track the movement of products in the facility, the system suffered high rejection rates. A contributing factor to this problem was the speed at which the line runs.

Further, the packages came in many shapes and sizes and presented themselves at different angles to the scanner. Since the labels themselves were placed at different locations on the box as well, this made it difficult for the laser scanner to accurately read all the packages.

Despite making adjustments such as investing in barcode printers and readers and changing the process for applying labels, a successful read rate (beyond 93 percent) could not be achieved. There were also situations where the scanner failed to read a label even when the latter appeared to be letter-perfect to the human eye.

The facility owner eventually decided to trial out image based code reading technology. These were deployed to read existing linear barcodes and successful read rates saw an immediate improvement to 98 percent. After switching over to 2D Data Matrix barcodes and tuning some of the hardware, the facility managed to achieve 99.99 percent read rates.

In the final installation, the decision was made to implement two reader units to achieve complete redundancy and to ensure 100 percent reading success. The only boxes that could not be read now were those with missing or severely damaged codes. In that same example, initial efforts at applying machine vision to the setup involved connecting a camera to a frame grabber board on a computer. The problem was that the hardware was not designed for a factory environment, as the cameras and frame grabber boards were susceptible to heat and dust. A considerable level of expertise is also required to set up and maintain this type of system.

The pattern matching tool inspects the product code and recognises a pattern regardless of where the barcode is located. Instead of trying to read individual characters, the application is configured to simply look for an image that matches the three-digit product code. Matching the images of the product codes has proven to be a more reliable and robust solution than attempting to convert the images into characters.

A vision-based reader acquires the image of an entire package’s readable surface and locates the code. This means that the position and orientation of the code are no longer a roadblock to a successful read.

In contrast, multiple laser scanners often need to be configured together to read barcodes in applications where orientation is not repeatable.

Barcodes can also be printed directly on a package, which can save the manufacturer time by eliminating the need to manually apply a label on each item. Since the code can be positioned at any location on the package, this makes it possible to meet specific customer requests to place the code in a specific position.

Law enforcers and manufacturers alike can turn to image based technology to keep out counterfeit products and trace supply chain violations to the source.

At the minimum, responsible manufacturers should ensure that each product item is correctly described with the right label and that the label is properly attached. Besides this, the label ought to correctly list down the right ingredients that make up the contents and the quality of text should be of the required standard.

A human-eye driven system however, is not be able to perform a 100 percent check on every item on the production line. It is also quite impossible for a human operator to read through every word on the label, be it the brand name or the list of ingredients. Thus, these conventional challenges are being overcome by barcode technology.