How Should You Label An Analysis Of Different ‘Vegetarian’ Terms

Language both reflects and promotes change in societies. Diet is one area in which language changes can be seen. This article discusses the greater use of ‘vegan’, instead of ‘vegetarian’, as well as the rise of the term ‘plant-based’.

‘Vegetarian’ usually means no consumption of the flesh of animals including fishes and other marine animals, with possible consumption of other animal-based foods, such as eggs.

‘Vegan’ is a form of vegetarian which usually means no consumption of any foods from animals, for example, no eggs or dairy, possibly extending to use of any products made from animals, such as leather, or tested on animals, e.g., cosmetics.

‘Plant-based’ is yet another form of vegetarian. Plant-based is similar to vegan, but usually limited to food. Other terms for large categories of people related to vegetarianism but not categorised as vegetarians, are meat reducers (reducetarians), who try to eat less meat, and flexitarians, who usually consume vegetarian food but make exceptions due to circumstances. Also, a large number of people refrain from meat on certain days of the week or month for religious reasons. Vegetarian and related diets might be seen to form a dietary continuum within the larger continuum of human diets ranging from herbivore to carnivore. This larger continuum extends from people who consume meat and other animal-based foods every meal, with animal-based food constituting a majority of their diets, to vegans who consume plant-based foods exclusively— do note that there currently does not seem to be any separate term for those who eat plant-based diets. Furthermore, it should be noted that many people move along this continuum at various times in their lives.

Many terms were used for vegetarian diets before the word ‘vegetarian’ appeared. In India and other places where Hinduism and Buddhism have long been practiced, the broad term ‘ahimsa’, meaning respect for others and nonviolence towards others, was and still is used.

In the West, one term used for vegetarians was ‘Pythagoreans’, with that term derived from the belief that the Greek philosopher and mathematician, who lived during the time period of approximately 500 BC, may have been a lacto-vegetarian (i.e. eating dairy but not meat or eggs).

It seems that ‘vegetarian’ was first used in the early 19th century in the UK. Interestingly, it appears those who first used the term were themselves vegan vegetarians.

The term ‘vegan’ emerged in 1944 to describe vegetarians who attempt not to use animals in any way, whether that use be for food, clothing, personal care products, research or entertainment, e.g., zoos and rodeos.

As with other terms, variations exist. Ethical vegans are primarily motivated by the desire to decrease animal suffering. Health vegans are primarily motivated by the alleged health benefits of vegan diets. Thus, health vegans may focus solely on the consumption of products from animals and may be less concerned about the use of animals to satisfy other human wants, such as for clothing and entertainment.

Furthermore, other variations on ‘vegan’ include raw vegans and paleo vegans. Finally, the term ‘veg*n’ was created to combine ‘vegetarian’ and ‘vegan’ and to be inclusive of vegans as well as vegetarians who eat eggs and/or dairy.

A term that is sometimes used with a meaning similar to vegan but, like health vegans, focuses on the health aspects of food is ‘plant-based’. Plant-based can be seen as the opposite of animal-based foods. Grey areas exist, e.g., mushrooms and salt are neither plants nor animals.

Ethical vegans may be less concerned about whether foods are whole or processed, as long as harm to animals is reduced. Junk food veganism is a term that some who subscribe to whole food, plant-based diets use to label diets which contain no animal products but are not whole, e.g., carbonated, sweetened drinks, and foods made with refined grains and artificial flavours.

‘Plant-based’ is the most recent of the three terms. It seems to have arisen from a desire to focus strictly on the health aspects of diets that avoid animals based foods. Some people prefer ‘plant-based’ because of the other issues and connotations raised by the terms ‘vegetarian’ and ‘vegan’. The following are possible main secular reasons for being vegetarian or for at least moving towards the plant-based end of the herbivore-carnivore continuum.

Adding on to these reasons, studies have also proposed why being vegan may actually be better than lacto-ovo vegetarian, turning consumers away from animal products such as eggs and dairy entirely:

The reasons for moving towards the herbivorous end of the diet continuum can be interconnected. For instance, people motivated to eat fewer or no animal-based foods as a means to reduce the malnutrition and deaths among people who do not receive a fair share of the food produced on the planet will likely also care about the environmental damage caused by animal agriculture, as that damage decreases food harvests.

Additionally, people who reduce or eliminate animal-based foods because they are concerned about the suffering and death of farmed animals will also appreciate the health benefits for themselves of showing kindness to farmed animals, as research suggests that empathy boosts human health.

Counting people by their diet preferences can be difficult. Despite the difficulties involved in determining trends in the people’s dietary habits, various sources suggest that while overall meat consumption worldwide is increasing, the number of vegetarians generally, as well as vegan vegetarians, in many developed countries is rising.

Two points in the results stood out. First, ‘vegan’ has become more prominent, even surpassing ‘vegetarian’. This finding may be due to greater awareness of the problems that eggs and dairy cause in terms of human health, world hunger, environmental protection and the welfare of chickens and cows. Food producers may also like to know that flexitarians and meat reducers will also be interested in foods labelled as ‘vegetarian’, ‘vegan’ and ‘plant-based’.

Second, ‘plant-based’ seems to attract interest mostly among scientists. This may change as research findings in the health field are popularised in traditional and social media.

The rise of ‘vegan’ and ‘plant-based’ as reflected in the results of the present study has implications for people in many sectors of society. For instance, people who work in the food industry, including those in farms, factories, supermarkets and eateries, need to consider that labelling for a ‘vegetarian’ does not address the needs of those who want food that contains no products of animal origin.

The food industry also faces the issue of whether to provide some vegetarian foods that include eggs, dairy and honey, and some foods that do not. Similarly, those who work in health professions, such as dieticians, nutritionists, nurses and doctors, need to consider how people on plant-based diets can satisfy their nutritional requirements.

Additionally, those in education—both formal education and public health—need to include plant-based diets in their curricula. The above points notwithstanding, it bears mentioning that an increase in the use of a term does not necessarily imply a rise in the popularity of concepts represented by the term. For instance, in the case of ‘vegan’, one member of parliament in Italy wanted parents tried for child abuse if they put children on a vegan diet.

So, what terms should people in the food industry use?

‘Vegan’ and ‘plant-based’ can be labelled ‘vegetarian’; however, some vegetarian foods are not vegan or plant-based. Some foods are vegan, but not whole food plant-based, such as instant mashed potatoes, which may contain many added chemicals.

At the same time, educators who wish to describe lifestyles need to consider that while ‘plant-based’ seems to be restricted to food, many vegans extend their areas of concern to include such areas as clothing and personal care products—such as soap. 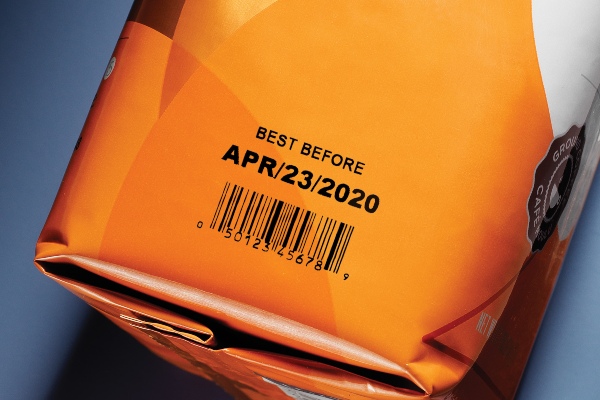 Cracking The Food Safety Code In A Global Supply Chain PET Labelling For The Future