A survey commissioned to study Americans’ awareness of and attitudes toward functional foods provides insights to how consumers perceive these products. By Sarah Romotsky, associate director of health and wellness, International Food Information Council

Food is an essential part of our lives, and consumer interest in foods and beverages that may provide benefits beyond basic nutrition, or ‘functional foods’, is thriving. These foods for health may consist of a variety of food components and provide additional health benefits that may reduce disease and/or promote optimal health.

These can include, for example, the naturally healthful components in fruits and vegetables, whole grains and fibre in certain breads and cereals, calcium in milk, and fortified foods and beverages such as vitamin D fortified orange juice.

Dietary supplements can also contain health promoting functional components. As seen in previous years, the majority of Americans believe that foods have specific health benefits and remain interested in learning more. However, understanding what motivates consumers beyond interest to action is essential to help consumers obtain the benefits of functional foods.

In 2013, the International Food Information Council (IFIC) commissioned its eighth survey studying Americans’ awareness of and attitudes toward functional foods.

In contrast to previous surveys, which largely explored views on food and health benefit pairings, the latest round of research was designed to investigate consumer perceptions related to nutrient inadequacy, the variety of sources of functional components including naturally occurring and fortified, food processing, and behavioural determinants of functional food consumption. Similar to survey findings from 2009 and 2011, 90 percent of consumers agree that certain foods have health benefits beyond basic nutrition (87 percent in 2011 and 89 percent in 2009). This represents a significant increase compared to 85 percent in 2002.

Similar to previous years, when asked an open-ended question about a food or food component that has benefits beyond basic nutrition, most consumers (89 percent) can name at least one functional food and its associated health benefit.

Specifically, fruits and vegetables are by far the most commonly mentioned functional food. When asked to name the health benefit that the food or food component is good for, twenty-seven percent of consumers say it provides a specific nutrient or food component such as vitamins or protein. Cardiovascular and digestive health are also benefits named by consumers.

Overall, nearly two-thirds of consumers believe that functional foods will provide health benefits (63 percent) and are confident of making the necessary changes to integrate functional foods into their diet (62 percent).

Breakfast is the preferred meal or snack time when consumers most often choose to include a functional food, with 52 percent of consumers listing breakfast as their first choice among other meal and snack time options. In regards to specific sub-populations who may benefit from functional food consumption, consumers think of infants and toddlers as the age group that would most benefit, followed by children (ages 4 to 12) and people aged 60 or older.

Perception of vitamin and supplement use is generally positive among consumers. The majority of consumers (68 percent) like the idea of getting health promoting nutrients and food components from vitamins or supplements, while only 12 percent of consumers dislike the idea.

Twenty percent are unsure or neutral about the idea. Consumers who eat foods with added nutrients or healthful food components are more likely to be favourable towards the idea of getting health promoting components from vitamins or supplements.

Consumers who are ‘very concerned’ about nutrient inadequacy are more likely to rate fortified foods as ‘most always’ or ‘always’ more worthwhile to eat than non-fortified foods.

In this survey, consumers were more receptive to fortified products if the fortification were to come from a whole food rather than a synthetic ingredient. Fortification with a whole food such as soy beans or cocoa beans made 40-50 percent of consumers more likely to buy a snack bar.

In comparison, fortifying with a synthetic component, such as one made to be similar to a cocoa natural extract, made consumers much less likely to buy a snack bar.

When it comes to interest in foods with fortified or naturally-occurring benefits, consumers tend to prefer the latter, although nearly half do not report a preference. Fifty-one percent of consumers prefer the idea of getting health promoting ingredients from foods with naturally occurring health benefits, while only three percent prefer the idea of getting them from fortified foods. However, nearly half of consumers (46 percent) do not have a preference.

Interestingly, when asked about their children or parents/seniors getting health promoting ingredients from fortified foods vs foods with naturally occurring benefits, consumers are more likely to be open to the fortified option. Adding preservatives or artificial flavours are actions that consumers most strongly associate with the term ‘processed foods’ (over 50 percent of consumers believe these food modifications qualify the food as ‘highly processed’).

However, adding nutrients to a food is viewed on the same level of processing as canning, pasteurisation or mixing/cooking with other foods. Interestingly, between 27 and 29 percent of consumers believe that these modifications qualify a food as ‘highly processed’.

While the majority of US consumers (79 percent) remain confident that they are at least ‘somewhat knowledgeable’ about nutrition, less than half (48 percent) agree that they have enough information to understand which foods provide an added benefit.

Consumers cited a variety of barriers to more frequent consumption of health promoting foods and food components. Cost is the most common barrier, with over half of consumers (55 percent) identifying this as a major reason.

There are many factors that will continue to drive the demand for functional foods both within the US and globally. As the survey demonstrates, consumers are interested in controlling their health and they view foods and beverages as one strategy that can impact their overall health and wellbeing.

Furthermore, consumers recognise that certain sub-populations, such as children, may especially benefit from functional foods. Education on nutrient needs for additional life stages may lead consumers to intentionally seek out and purchase functional foods to benefit the health of themselves, their children, and ageing parents.

In the case of certain sub-populations with large buying power, such as baby boomers, increased knowledge of the health benefits of functional foods can result in significant purchasing and ultimately, consumption changes.

The science supporting the use of foods to reduce risk of disease and improve health will continue to evolve. As it does, consumers will remain interested in taking advantage of certain foods for a specified health benefit. Along with the science, technology will also progress to allow food scientists to become better equipped at addressing specific health needs through tailored diets, foods and beverages.

Health professionals and educators are therefore challenged with bridging the knowledge-behaviour gap, but are simultaneously well positioned to help bring knowledge and behaviour together on the functional foods plate. 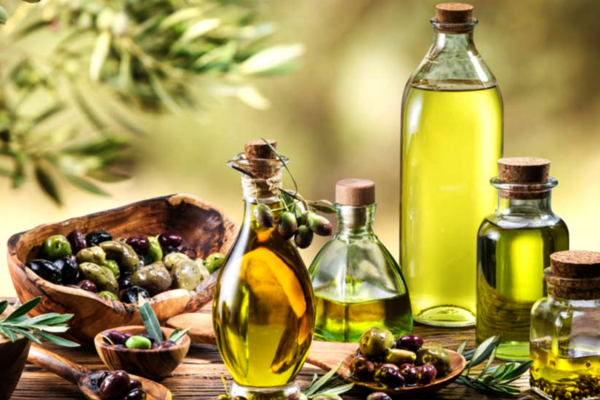