Plastic rings for can packs rank among the packages that are coming under increasingly intense scrutiny.

In light of rising levels of eco-awareness and the concomitant political and social debates on sustainability and resource consumption, producers of consumer goods are embracing sustainable packaging.

The question of the future of plastic packages continues to keep the sector on its toes. Even though the tone of the public debate is becoming observably more moderate, more differentiated arguments are being heard. It is well worthwhile examining alternatives to conventional packaging solutions at an early stage, especially in regions that are considering bans on disposable plastic in particular or have already initiated the appropriate legislation.

Plastic rings for can packs rank among the packages that are coming under increasingly intense scrutiny. This is especially in regions near the coast because if they are not properly disposed of properly and end up in the sea, this could be hazardous for marine animals. LitePac Top offers an eco-friendly, sustainable alternative. It is a cardboard package containing neither plastics nor adhesives, which is produced from renewable raw materials and can be easily recycled after use. It is fitted underneath the can seam, thus keeping the pack stable.

Good for both consumers and the natural environment

LitePac Top is an attractive solution not only for the environment but for consumers as well. The pack features recessed grips with which it can be conveniently grasped and carried. If you want to
remove a can, you simply pull it vertically out of the packaging, it is not necessary to tear the cardboard.

To ensure an eye-catching presence on the supermarket shelves, the pack offers space for design options. With the associated machine technology, it is possible, for example, to selectively orientate the cans to ensure visibility of the brand logo. It is also possible to form a coherent motif by putting together several cans of various designs. Pack and machine as a team

To complete the sustainable packaging concept, Krones also offers the relevant machine technology. The Varioline, which, as a wonderful allrounder among packaging machines, copes effortlessly with this type of pack. The Varioline’s modularised construction enables it to be individually customised to suit the task involved, and several packaging variants to be run on one and the same system.

Like the machine itself, its individual modules are also multifunctional. In the case of LitePac Top, for example, the first module can accept, orientate and group the cans. For creating the tertiary packaging — for example, in order to insert the packs in trays — the Varioline can be combined with a Variopac Pro in a space- economical block configuration without any lengthy conveyor sections.

Although the first packs with the innovative strapping were only market-launched in early 2020, Akvavita had already harvested a prize for it at the end of last year. In Dubai, it won the Global Water Award in the “Best Technology Innovation” category. The pack marketed by Akvavita under the name of Eco-Pack requires 90 per cent less plastic than a comparable shrink-pack. During production, moreover, energy savings of 40 per cent can be achieved. But that’s not all. The bottles being used are made from rPET, which means the entire pack can be 100 per cent recycled. Thanks to efficient logistics, moreover, ten per cent more containers can be fitted onto the pallet, which correspondingly reduces the CO 2 consumption for transporting them.

Whereas the term LitePac originally referred to only the strapping for non-returnable packs, Krones has meanwhile expanded the concept. For all those who want to do without plastics entirely for their secondary packaging, LitePac Top is now available — designed for non-returnable PET packs, it features a cardboard clip that holds cans or non-PET containers together.

Back in 2011, the specialists at the plant in Rosenheim resolved to save material on secondary packaging. The result was the EvoLite packer, which produces the LitePac — a non-returnable package that is merely strapped by two strips of plastic. This form of secondary packaging signifies a true innovation since the shrink-film hitherto customary could be dispensed with.

Today, around nine years later, the then-visionary solution is more relevant than ever. Rising levels of eco-awareness and the concomitant political and social debates on sustainability and resource consumption mean that producers of consumer goods are also embracing this issue. The Lithuanian water producer, Akvavita, has responded to the latest developments by scrutinising its use of plastics in the value-added chain. The contract bottler has set itself to create the country’s lightest water package — and in terms of secondary packaging has opted for the LitePac concept from Krones. 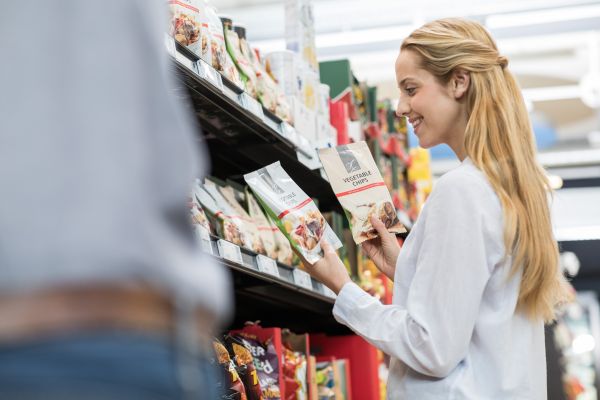 Sealed Air: The Future Of Packaging Is Here What You Should Know About Smart Packaging