New closures that remain firmly attached to the bottle after opening will soon be a part of everyday life for consumers across Europe.

Unscrew, tilt the lid backwards, let it snap into place and enjoy: from now on, people in Germany will notice a small but subtle change in the closures of non-returnable PET bottles from Coca-Cola more and more often.

This is due to the fact that the cap remains firmly connected to the bottle neck when screwed on. There is a good reason for this: the tight cap makes it even easier to collect and recycle all of the bottle’s components. Consumers simply leave the cap on the bottle while drinking, close it again and return the packaging to the deposit machine as usual.

“It remains the same great taste and drinking experience that people have come to expect from our drinks. We are proud to be one of the first manufacturers in Germany to start implementing new lids to improve the recycling cycle two years before the end of the transition period of the new EU requirement,” says Tim Kolbe, Senior Brand Manager at Coca-Cola Germany.

The company is changing the design in line with the EU’s Single-Use Plastics Directive, which requires beverage manufacturers to ensure caps remain securely attached to the bottle by 2024 to protect the environment. In order to make consumers aware of the new closures, the caps at Coca-Cola Germany are marked with the inscription, “Let me go!”.

“In Germany, 97 percent of non-returnable PET bottles are already being returned via the deposit system, and around 95 percent of them even come with a lid. But in the future we also want to recycle the last few lids and are showing a pioneering spirit here in Germany with the conversion as one of the first countries in Coca-Cola in Europe,” says Dr. Stefan Kunerth, Technical Operations Director Western Europe at The Coca-Cola Company. 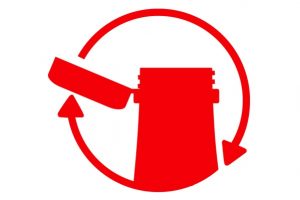 Avoiding Plastic Waste In Europe And The World

The Coca-Cola Company is gradually starting to switch to the new lids in other EU countries as well. Because improving the collection and recycling of packaging waste is a top priority for Coca-Cola. However, deposit systems based on the German model are not yet available everywhere in Europe. If the caps are attached to the bottle, this also ensures a better recycling cycle in EU countries without a deposit system.

Saving Up To 1.37 Grams Of Plastic Per Bottle

In Germany, Coca-Cola is also taking the switch to the new caps as an opportunity to reduce the amount of material used in the bottles overall. With the new closures, up to 1.37 grams of plastic per bottle can be saved. This in turn contributes to the sustainability efforts of Coca-Cola in Germany as a whole.

Eat Healthy To Age Healthy
Understanding The Drive Of Healthy Aging Nutrition
Healthy Ageing: From Anti-Ageing To Age-Embracing
Creating Colourful Products That Cater To Modern Consumers
Nature’s Treasure Box: Plant-Based Ingredients To Support Today’s Lifestyle Choices
Filling Cans In Enhanced Hygienic Design
Rethink Energy With ADM Next Generation Energy Drinks
Digitalisation In The Midst Of A Pandemic
How Has The Pandemic Forced Us To Adapt In The Food Manufacturing Industry?