Seasonings and sauces have long played an important role not only in taste of our foods, but also in our cultures, especially in Asia. With technology advancing rapidly today, how do we maintain the balance with traditional craftsmanship? By Lee Kum Kee Seasonings play an important role in many global cuisines as it is responsible for enhancing the taste and aroma associated with the food. They are also a key element of different local culinary cultures. Like in Southeast Asia, spices are a dominant feature in local cuisines; and in China, soy sauce, oyster sauce, chilli sauce are named as the ‘must-have’ condiments among households.

Supporting consumer and customer needs with over 220 different types of seasonings and sauces today, inventor of oyster sauce Lee Kum Kee tapped into the soy sauce market in the 1990s. Technology has advanced significantly since then, but to maintain the original taste yet increase production efficiency, the persistence of preserving traditional craftsmanship and quality management is required.

The Development And Manufacturing Process Of Soy Sauce

Dating back to more than 3,000 years ago, soy sauce was invented in China. A Japanese monk came across this seasoning while studying in China and brought it back to Japan. With his own improvements on the recipe, the technique was optimised in Japan. Going through centuries of evolution, soy sauce has been widely used as a flavouring agent to give foods a rich, meaty flavour. Today, China, Japan and Korea are three leading countries in soy sauce production.

Soy beans are first steamed and then cooled, after which cultured Aspergillus oryzae strain are applied to them for koji cultivation. It is then moved into fermentation tanks with salt added for fermentation. After months of fermentation, the raw soy sauce goes through a series of refinement process for a delicately coloured broth with balanced flavour and aroma. This method required a large space and relatively long time.

Another method is chemical decomposition. With hydrochloric acid, protein in soybean is decomposed into individual amino acids, and then treated with alkali neutralisation using salt and colouring agents. It only takes 10 to 12 hours to make the chemically brewed soy sauce. This method is faster and cheaper, but the quality is unsatisfactory.

Since stepping into the soy sauce market, the company has prioritised using the traditional craftsmanship for the manufacture of soy sauce. The soy sauce is fermented through a natural fermentation process in sealed tanks located outdoors, taking over up to six months to create a rich, colourful and aromatic flavour. Simultaneously, the process leverages on advanced production technology under a stringent produce quality management system so as to produce authentic, original flavour of soy sauces at an enhanced efficiency while guaranteeing quality. Staying firm to a stringent quality management philosophy of ‘100-0=0’, the company launched its continuous steam cooking and rotary type koji making system at its Xinhui production base in Guangdong, China, in October 2015 to guarantee the absolute product quality and hygiene in manufacturing. The fully-automated fermentation was developed and manufactured by Fujiwara Techno-Art Company Limited, a company which has over 80 years of experience in the design of soy sauce manufacturing facilities.

The three-storey factory, with a total building area of 9,785 sq m, is equipped with facilities for washing, soaking, preheating and continuous pressure steam cooking the soybeans, as well as flour mixing, inoculation, automated input of ingredients, koji making, koji output, washing and sterilisation.

These components help the entire production system to work with perfect synergy, and enabled the company to significantly enhance the soy sauce production capacity and efficiency.

The dual system of the continuous steam cooking machine cooks soy beans incessantly under high-pressure conditions, stepping up the cooking rate to 20 tonnes of soy beans per hour while shortening the koji making process to 40 hours.

It is an automated fermentation system that utilises soybeans and flour as ingredients to manufacture soy sauce and the entire process is regulated automatically, including temperature, air flow and humidity. This automation also applies to soybean processing, the distribution of koji, as well as the washing, sterilisation and drying of koji after fermentation.

In addition to the newly launched pre-fermentation facilities, the company has built over 500 soy sauce fermentation tanks which have a production capacity 2.1 times that of the existing ones. As these new tanks work in close connection with the new fermentation equipment, these allow the company to generate an impressive increment in production to 500,000 tonnes, so as to satisfy the growing demand by consumers from all corners of the world.

The company has long adopted the food production management philosophy of ‘from farm to fork’. It advocates food safety management throughout the entire supply chain, including all production and operation processes, so as to maintain the valid traceability, visibility and ultratransparency throughout the chain.

It implements a direct management system to ensure raw material suppliers adopt proper GAP (Good Agricultural Practice) in plantation. Taking one of its major raw materials— soybeans—as an example, quality management personnel are dispatched to monitor the beans at source, overseeing the entire plantation process, including the application of pesticides and fertilisers, as well as harvesting. The close control over upstream suppliers avoids safety issues caused by undesired contamination or improper operation.

The company’s raw and packaging materials also meet the international food safety regulations in various regions, including the UK, US, European Union and Japan. It is obligatory for these materials to be tested to meet the highest regulation standards prior to each purchase before use in production.

Moreover, the company implements a comprehensive traceability system and performs mandatory mock-up recall annually to ensure its effectiveness. Through the communication in the SAP corporate resources sharing system and detailed database across the headquarters and production bases, all product information from raw materials, production and delivery all the way to the point of sale can be retrieved within hours.

In addition, quality non-GMO soybeans grown in a natural and safe environment are used to ensure the rich flavour of soy sauce. Absolutely no preservatives are added during the making process and every bottle of soy sauce must pass through up to 900 food quality and safety tests to guarantee the absolute quality and best flavour. The company also places great emphasis on green production. Its production base at Xinhui adopts photovoltaic power and solar heat as sources of green energy.

The solar photovoltaic power generation system can generate 3.98 million kWh per year, equivalent to a saving of 1,312 tonnes of standard coal and a reduction of 3,448 tonnes of carbon emission every year. The benefits further extend to the community in that the surplus power generated during low power consumption at the production base will be transmitted to the public power grid in Qibao, Xinhui, alleviating shortages in the vicinity.

In addition, the company has also adopted geothermal energy in soy sauce production. A 2,400 kWh geothermal heat pump system is installed in the Xinhui production base to complement the new soy sauce fermentation system.

By using recycled water in the underground pipe network, complemented by heat exchangers and condensers, the system provides both hot and cold water to ferment soybeans by geothermal energy. The system can save 69 percent of power consumption and up to 60 percent of carbon emission, simultaneously removing all 21,115 tonnes of water consumption in heating, ventilation and air conditioning. All the measures above can effectively minimise impacts on the environment during production. 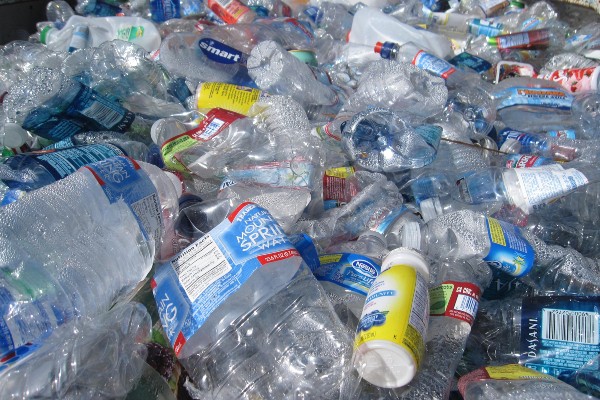