Regulatory Pressure Is On For Artificial Food Colours

There is currently an initiative in the United States (US) State of California to mandate a warning label on foods: “Synthetic dyes may cause or worsen behavioural problems in children”. This is a huge blow for the most widely used artificial colours in the US—Red 40 (Allura red), Yellow 5 (Tartrazine) and Yellow 6 (Sunset yellow). California will be the first state in the US to adopt the warning label, but not the first in the world.

In 2007, researchers from Southampton University identified a possible link between hyperactivity in children and the consumption of six artificial colours—thereafter known as the “Southampton Six” colours, often used in yellow, orange or red-coloured beverages. Consequently, big brands and major retailers in the United Kingdom led the way by removing the Southampton Six colours from their products.

What are the Southampton Six colours?
[table id=2 /]

A Nielson survey in 2016 showed that 66 percent of respondents in Asia Pacific and 62 percent in Africa and Middle East would avoid artificial colours in food, as compared to a global average of 61 percent. Consumers in these developing regions are already primed to the idea that “artificial colours” are unfavourable. Consumer Sentiment Reinforcing Negative Perception Of Artificial Colours

Consumer awareness is quickly gaining traction in the developing regions thanks to the growing power of social media. Developments regarding artificial colours in the Europe and the US can reach the international audience easily via blogs, forums, and video-sharing platforms. A recent TikTok “Food Colouring Challenge”, that should not be attempted under any circumstances, went viral in 2020. It challenged viewers to drink food dye with water to observe its detrimental side effects, including the accumulation of colour under the skin. This internet challenge prompted TikTok to eventually mark the video as being potentially unsafe and simultaneously, resurfaced concerns around the effects of artificial food colours.

Though less common in Europe, artificial food colours are still used globally, especially in developing regions such as Asia and Africa and in some cases, the US. Could the new initiative in the US State of California trigger a domino effect in the US, just as the warning statements did across the world?

Alternative Solutions In The Form Of Carotenoids

There are many great alternatives for artificial food colours available today. Some well-established examples like beta-carotene, lutein and lycopene belonging to the carotenoid group—produce shades of yellow, orange and red. More economical cost-in-use nature-identical versions are available in addition to premium, natural ones. For example, in Europe, manufacturers using the nature-identical versions are permitted to utilize the marketing claim of “non-artificial colour”. Products coloured with beta-carotene in the US are typically labelled as “Beta-carotene (colour)”. These options are business-viable alternative solutions; however, regional nuances and local regulatory requirements must be factored in.

Carotenoids Are Favoured For Their Technical Properties

Apart from the labelling advantage, carotenoids produce colours that are stable and consistent across a broader pH range and, do not produce off-odours or tastes when used in food and beverages. Some artificial colours, such as Tartrazine and Sunset yellow, contain an azo-linkage bond which is broken down by ascorbic acid (vitamin C). This is mainly an issue in beverages – especially those fortified with vitamin C – as their colours will fade when the azo-linkage bond is broken. In contrast, vitamin C acts as an oxygen scavenger and protects carotenoids from fading, which make carotenoids the better choice for use as colours in food and beverages fortified with vitamin C.

BASF is a trusted carotenoids supplier with deep experience in the food and beverage industry. To facilitate the search process for carotenoids, BASF has launched a new digital tool – ColourMyProduct—that enables customers to preview how BASF’s colours can be used in their product applications. With a portfolio of carotenoid products from nature-identical to natural versions, BASF is ready to support the industry shifting from the Southampton Six colours.

Are Organic Fruits And Vegetables Really That Safe And Healthy?
A Future Glimpse Into Natural Sweeteners: Evolving Opportunities For Stevia & Monk
Honing A Strong Gut For Longevity
The Role Of Protein And Fibre To Build Health And Immunity As You Age
Food Safety: The Role Of Testing In Mycotoxin Risk Management
Protein Powered Solutions For Beverage Innovations
Summer Beverages Are Reinvigorating Foodservice 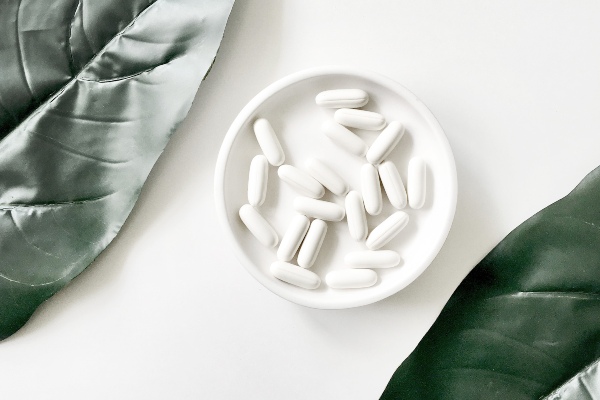 Tastes Of Chocolate Around Asia The Need For Colours In The Food Industry Trending In 2020: Shades Of Aqua Set To Strengthen Bonds With The Natural World