Störtebeker Braumanufaktur uses a combination of traditional craftsmanship and innovative ideas, opting in equal measure for conventional styles and specialty beers and also offering part of its portfolio as organic and alcohol-free products. The company has shown pioneering spirit when it came to expanding its bottling capacities: in its filling and packaging operation and its IT and intralogistics, the craft brewery is now relying completely on the House of Krones, thus coping successfully with even highly complex production sequences.

Among German speakers, the name of “Störtebeker” is associated with the notorious pirate Klaus Störtebeker, who as legend has it, scavenged the North and Baltic Seas in the 14th century. Even today, numerous literary and musical works still recall this sailor’s adventures, but he is now facing some stiff competition from Stralsund. Instead of “Wind in your sails” at sea, the motto now is “Full speed ahead” on the German beer market.

In 1991, when Jürgen Nordmann took over the Stralsund-based brewery after German reunification, it was brewing its beers mainly for the local market. However, Nordmann was fully aware of his brewery’s true potential, and in 2012 decided to go for a complete revamp. This U-turn included not only a new name but likewise a stringent brand concept and an expansion of the existing portfolio.

In the meantime, the Störtebeker Braumanufaktur has made a name for itself throughout Germany with its specialty beers.

In 2016, the company expanded its brewhouse capacities and then decided to increase output levels in the bottling hall as well while simultaneously optimising its logistics processes. For this purpose, Störtebeker purchased a 40,000-square-metre plot right next to its existing headquarters, where the company was able to translate its vision of a greenfield project into shopfloor reality. But for the brewery, with its payroll of just 110 in production and administration, this undertaking was truly a mammoth task.

“Therefore, we decided to place the entire new construction work in the hands of two contractors: the first being the company building the hall and the second being Krones assuming overall responsibility for the technology involved,” explains Nordmann.

The contract was signed in July 2017, and then planning work started straight away.

“If you’ve got a chance to implement a greenfield project nowadays, it is important not to ignore crucial drivers like digitalisation and green building,” says Nordmann.

Thus, Krones’ scope of delivery included not only a new, energy-efficient bottling line rated at 40,000 returnable glass bottles an hour but also a high-bay warehouse providing just under 30,000 pallet slots from System Logistics, plus full-coverage networking of the production operation with solutions from Syskron and Triacos. The existing and new bottling line, a kegging line and the high-bay warehouse, plus the empties sorting system and goods dispatch zone, are all interconnected via a floor track system.

Ten Breweries In One

The principal task here was to streamline the complex work sequences involved, thus upgrading the production operation’s efficiency: “As I always say, here on our premises, we’ve got ten breweries in one because each of our beers is packed in its own product-specific crate,” Nordmann comments on the layout. “That makes for extremely elaborate planning and production processes; hardly any company operating in the returnables sector anywhere in the world is punishing itself like that.”

Störtebeker’s beers are offered in the brewery’s product-specific crates as well as in closed sixpacks. So one thing quickly becomes clear: though offering 25 different products (each with two bottle sizes in two different packs) gives consumers a huge range of options to choose from, but it also constitutes an enormously complex situation for the production team.

It is therefore vital for Störtebeker to keep a close eye on all the inventories involved. This is why Störtebeker decided to have Syskron’s subsidiary Triacos modify its existing SAP system to suit the new production landscape, and to link it up to various IT solutions from the SitePilot Suite, such as Line Management, Line Diagnostics and Manufacturing Intelligence.

The brewery has thus succeeded in harmonising purchase orders, business processes and production planning to optimum effect. Thanks to Edge Device, Störtebeker has also been able to integrate its existing Krones glass line into the overall concept.

“For our filling kit, we’ve been relying on Krones’ expertise since 1998. The company’s technology has won us over, and what we also like is that all machines are fitted with a Siemens control system. Even when we were still a smaller player on the market, we were using Siemens and SAP, too, as our ERP system—because right from the start, we’ve attached paramount importance to our being able to interlink business processes and our production operation to optimum effect,” says Nordmann.

”We had already turned our attention to the subject of Industry 4.0 at quite an early stage and went looking for some suitable partners. With this investment, we have taken another crucial step in that direction, and we hope we’re now in good shape to meet and master the challenges of the future.”

Whereas for warehouse organisation und production planning, it is the brewery’s product-specific crates that pose one of the biggest challenges. For the packaging process, the closed-basket sixpack has the most exact requirements.

“This multipack accounts for around a third of our sales. But regarding production, it is a highly elaborate type of packaging. This is because to prevent customers at the retailer taking out individual bottles from the sixpack, a lid is placed over each sixpack as a cover, which is then glued in place,” explains Nordmann.

That’s why it was important to Störtebeker to find a machine that not only works as the packer but also meets this additional stipulation—while likewise providing maximised flexibility into the bargain.

“With a batch of 2,000 hectolitres of beer, we pack around three quarters of the bottles in 20-bottle crates and the remaining quarter in precisely those multipacks. Then three of the latter at a time are placed in a box. And here, it is vital that the change-over between the different types of pack is particularly fast and uncomplicated,” says the brewery’s boss.

A system that meets all of these requirements is the Varioline from Krones. It works with 10 robots, distributed among four modules. In the first module, the baskets are erected and the bottles placed into them. Module 2 fits the packs with lids and glues the lids into place. Modules 3 and 4 place three sixpacks at a time in a crate serving as the transport packaging. Here, the challenge was that only three packs are actually needed from the linear four-pack formation handled in Module 2. Krones’ packaging experts therefore developed a principle under which the 18-pack crates are supplied in four subcycles. “And getting this right at a goods flow of around 40,000 bottles an hour is rather tough, but Krones, with its Varioline, managed it all right,” says Nordmann, full of praise.

For ensuring a lengthy shelf-life for its products, Störtebeker adopts a dual approach: for its natural shandies of the Strandräuber brand, its alcohol-free brewing specialties and the Hanse Porter, the brewery uses a LinaFlex pasteuriser, whereas all other products are passed through a VarioFlash B flash pasteuriser that Krones has fitted with the latest version of its Connected HMI platform. The finished packs are then palletised and taken to the high-bay warehouse by the floor track system.

The fully automatic high-bay warehouse and the associated warehouse control system were supplied by System Logistics. The warehouse with its eight aisles provides just under 30,000 slots that are served by six storage and retrieval units. The floor track system supplies the warehouse both with empties, like bottles and crates, and with ready-for-sale packs.

“In fact, there’s more goods being moved here than goods lying in storage,” says Nordmann. “About 4,000 pallets are moved each day—an incredible number when you remember that we used to do all of this with fork-lift trucks.”

The fact that the high-bay warehouse and the new Krones line have been accommodated in the same building, just separated from each other by a wall, minimises transport distances and maximises logistics automation.

“When we concluded the contract with Krones in 2017, it was important to us that Krones would be supplying not only the bottling line but also the intralogistics with the high-bay warehouse, and that the customising work needed for the SAP system, plus the SitePilot automation solutions, were all constituent parts of the order,” Nordmann sums up their requirements. “You see, as a mid-tier company, we need a partner assuming overall responsibility—now and also later on for the after-sales service support.”

Nordmann is also full of praise for Krones’ foresight and innovative vigour: “With Siemens, Krones has always had a very good control system. We ourselves have for years been using SAP, and now the software solutions developed in-house at Krones, for our production kit. All in all, we’re operating at a very high level of quality—and we hope that together with Krones we’ll get to grips with Industry 4.0 all right.”

An Overview Of The Top 5 Technology Trends For 2021 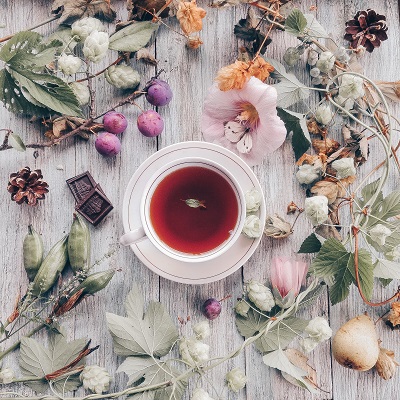